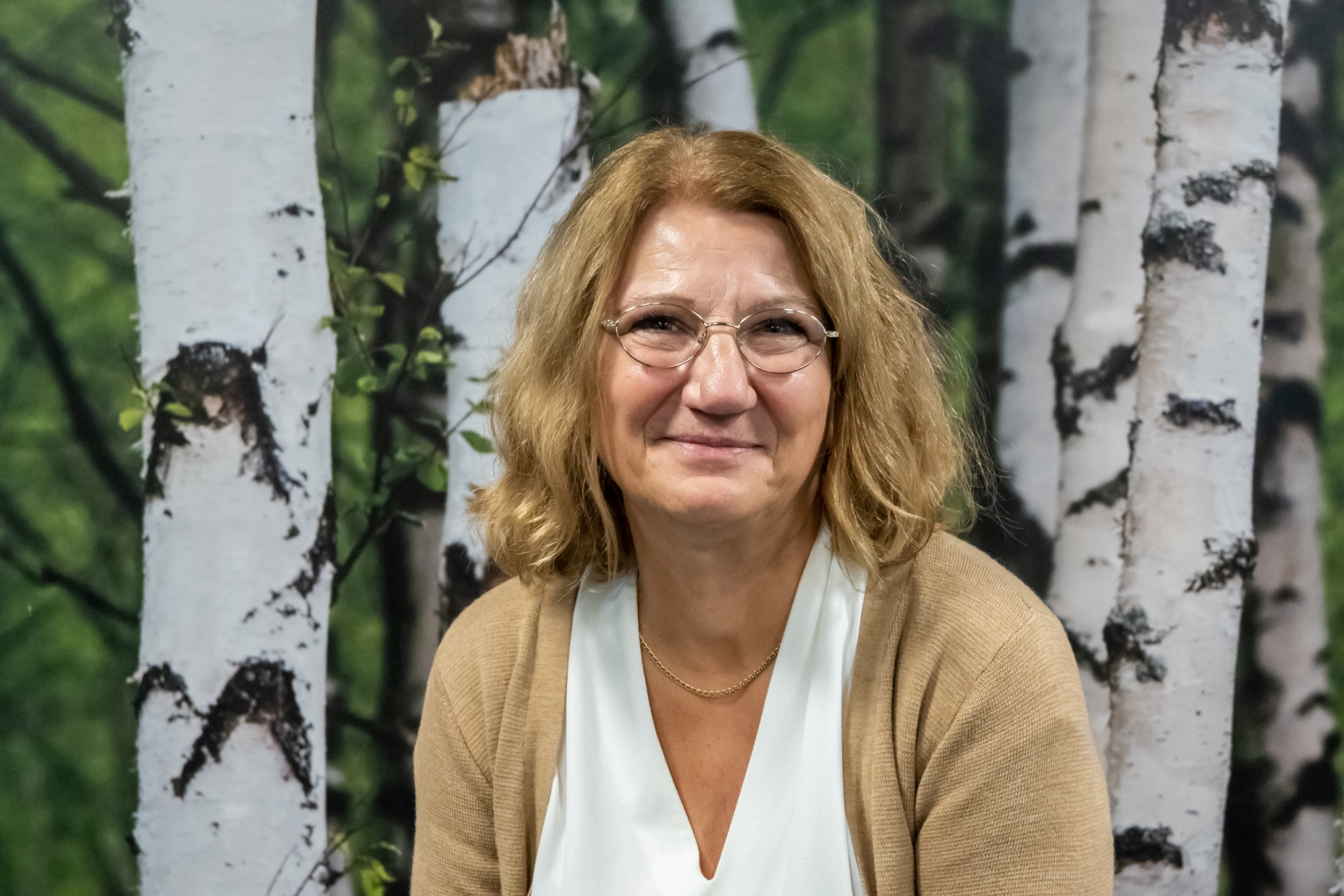 Bacterial adaptation mechanisms. Loves the feeling of being on the road.

RpoN, an alternative sigma factor commonly known as σ54, is implicated in persistent stages of Yersinia pseudotuberculosis infections in which genes associated with this regulator are upregulated. We here combined phenotypic and genomic assays to provide insight into its role and function in this pathogen. RpoN was found essential for Y. pseudotuberculosis virulence in mice, and in vitro functional assays showed that it controls biofilm formation and motility. Mapping genome-wide associations of Y. pseudotuberculosis RpoN using chromatin immunoprecipitation coupled with next-generation sequencing identified an RpoN binding motif located at 103 inter- and intragenic sites on both sense and antisense strands. Deletion of rpoN had a large impact on gene expression, including downregulation of genes encoding proteins involved in flagellar assembly, chemotaxis, and quorum sensing. There were also clear indications of cross talk with other sigma factors, together with indirect effects due to altered expression of other regulators. Matching differential gene expression with locations of the binding sites implicated around 130 genes or operons potentially activated or repressed by RpoN. Mutagenesis of selected intergenic binding sites confirmed both positive and negative regulatory effects of RpoN binding. Corresponding mutations of intragenic sense sites had less impact on associated gene expression. Surprisingly, mutating intragenic sites on the antisense strand commonly reduced expression of genes carried by the corresponding sense strand.IMPORTANCE The alternative sigma factor RpoN (σ54), which is widely distributed in eubacteria, has been implicated in controlling gene expression of importance for numerous functions including virulence. Proper responses to host environments are crucial for bacteria to establish infection, and regulatory mechanisms involved are therefore of high interest for development of future therapeutics. Little is known about the function of RpoN in the intestinal pathogen Y. pseudotuberculosis, and we therefore investigated its regulatory role in this pathogen. This regulator was indeed found to be critical for establishment of infection in mice, likely involving its requirement for motility and biofilm formation. The RpoN regulon involved both activating and suppressive effects on gene expression which could be confirmed with mutagenesis of identified binding sites. This is the first study of its kind of RpoN in Y. pseudotuberculosis, revealing complex regulation of gene expression involving both productive and silent effects of its binding to DNA, providing important information about RpoN regulation in enterobacteria.

Despite being genetically diverse, bacterial pathogens can adapt to similar stressful environments in human host, but how this diversity allows them to achive this is yet not fully understood. Knowledge gained through comparative genomics is insufficient as it lacks the level of gene expression reflecting gene usage. To fill this gap, we investigated the transcriptome of 32 diverse bacterial pathogens under 11 host related stress conditions. We revealed that diverse bacterial pathogens have common responses to similar stresses to a certain extent but mostly employ their unique repertoire with intersections between different stress responses. We also identified universal stress responders which shed light on the nature of antimicrobial targets. In addition, we found that known and unknown putative novel ncRNAs comprised a significant proportion of the responses. All the data is collected in PATHOgenex atlas, providing ample opportunities to discover novel players critical for virulence and maintenance of infection.Competing Interest StatementThe authors have declared no competing interest.

Pathogenic Yersinia spp. depend on the activity of a potent virulence plasmid-encoded ysc/yop type 3 secretion system (T3SS) to colonize hosts and cause disease. It was recently shown that Y. pseudotuberculosis up-regulates the virulence plasmid copy number (PCN) during infection and the resulting elevated gene dose of plasmid-encoded T3SS genes is essential for virulence. When and how this novel regulatory mechanism is deployed and regulates the replication of the virulence plasmid during infection is unknown. In the current study, we applied droplet digital PCR (ddPCR) to investigate the dynamics of Y. pseudotuberculosis virulence PCN variations and growth rates in infected mouse organs. We demonstrated that both PCN and growth varied in different tissues and over time throughout the course of infection, indicating that the bacteria adapted to discrete microenvironments during infection. The PCN was highest in Peyertextquoterights Patches and caecum during the clonal invasive phase of the infection, while the fastest growth rates were found in the draining mesenteric lymph nodes. In deeper, systemic organs, the PCN was lower and more modest growth rates were recorded. Our study indicates that increased gene dosage of the plasmid-encoded T3SS genes is most important early in the infection during invasion of the host. The described ddPCR approach will greatly simplify analyses of PCN, growth dynamics, and bacterial loads in infected tissues, and will be readily applicable to other infection models.Importance Studying pathogenic bacteria proliferating inside infected hosts is challenging using traditional methods, especially the transit and reversible genetic events. The bacteria are effectively diluted by the overwhelming number of host cells present in infected tissues. Using an innovative droplet digital PCR (ddPCR) approach, we have determined the virulence plasmid copy number (PCN) variations and growth rates of Yersinia during the course of infection in a mouse model. Here, we show that both the virulence plasmid copy number and bacterial growth rates display spatiotemporal variations in mice during infection. We demonstrate that the peak-to-trough ratio can be used as a proxy for determining the growth rate of invasive bacterial pathogen during infection, and ddPCR as the method of choice for quantifying DNA in host-pathogen interaction context. This proof-of-concept ddPCR approach can be easily applied for any bacterial pathogens and any infection models, for analysis of PCN, growth dynamics and bacterial loads.

The virulence of the plague bacterium, Yersinia pestis, is encoded on a plasmid. Normally, the bacterium only tolerates one copy of the plasmid, which provides the molecular machinery for injecting toxins into host cells. Wang et al. have found that Y. pestis can only be pathogenic if plasmid numbers are boosted and express enough protein components to assemble a functional virulence apparatus. Problematically, the synthetic activity of the plasmid has such a high metabolic cost that it can impede growth. Thus, the bacterium only allows the plasmid to replicate when it senses a potential host cell.Science, this issue p. 492Pathogenic bacteria have evolved numerous virulence mechanisms that are essential for establishing infections. The enterobacterium Yersinia uses a type III secretion system (T3SS) encoded by a 70-kilobase, low-copy, IncFII-class virulence plasmid. We report a novel virulence strategy in Y. pseudotuberculosis in which this pathogen up-regulates the plasmid copy number during infection. We found that an increased dose of plasmid-encoded genes is indispensable for virulence and substantially elevates the expression and function of the T3SS. Remarkably, we observed direct, tight coupling between plasmid replication and T3SS function. This regulatory pathway provides a framework for further exploration of the environmental sensing mechanisms of pathogenic bacteria.

Author Summary To establish infection and colonize within a host, infecting pathogens have to cope with a variety of destructive surroundings. The food-borne pathogen Y. pseudotuberculosis can cause persistent infection in mice. Upon infection, Y. pseudotuberculosis passes the anti-microbial gastrointestinal milieu and finally remains associated with lymphoid follicles in cecal tissue surrounded by polymorphonuclear leukocytes, indicating that the bacteria are exposed to multiple environmental cues. We performed complex RNA-seq of small cecal biopsies of infected mice to reveal Y. pseudotuberculosis gene expression in vivo. We found that Y. pseudotuberculosis underwent reprogramming from a virulent phenotype, expressing virulence genes during early infection, to an adapted phenotype capable of persisting in the harsh cecal environment. Persistence was characterized by a novel expression pattern with down-regulation of virulence genes and up-regulation of genes involved in anaerobiosis, chemotaxis, and protection against oxidative and acidic stress. Mutagenesis of selected genes revealed that the regulator rovA was critical for the establishment of infection, and that arcA, fnr, frdA, and wrbA play critical roles in maintaining infection for long periods of time. Our study shows the power of RNA deep sequencing, which can be used to reveal the in vivo expression patterns of small amounts of bacteria in complex intestinal environments.

Yersiniosis is a human disease caused by the bacteria Yersinia pseudotuberculosis or Y. enterocolitica. The infection is usually resolved, but can lead to post-infectious sequelae, including reactive arthritis and erythema nodosum. The commonly used Yersinia mouse infection model mimics acute infection in humans to some extent, but leads to systemic infection and eventual death. Here, we analyzed sublethal infection doses of Y. pseudotuberculosis in mice in real time using bioluminescent imaging, and found that infections using these lower doses result in extended periods of asymptomatic infections in a fraction of mice. In a search for the site for bacterial persistence, we found that the cecum was the primary colonization site, and was the site where the organism resided during a 115-day infection period. Persistent infection was accompanied by sustained fecal shedding of cultivable bacteria. Cecal patches were identified as the primary site for cecal colonization during persistence. Y. pseudotuberculosis were present in inflammatory lesions, in localized foci, or as single cells, and also in neutrophil exudates in the cecal lumen. The chronically colonized cecum may serve as a reservoir for dissemination of infection to extra-intestinal sites, and a chronic inflammatory state may trigger the onset of post-infectious sequelae. This novel mouse model for bacterial persistence in cecum has potential as an investigative tool to unveil a deeper understanding of bacterial adaptation and host immune defense mechanisms during persistent infection.

Coiled-coils in the YopD translocator family: A predicted structure unique to the YopD N-terminus contributes to full virulence of Yersinia pseudotuberculosis Journal Article

The PTPase YopH inhibits uptake of Yersinia, tyrosine phosphorylation of p130Cas and FAK, and the associated accumulation of these proteins in peripheral focal adhesions Journal Article

Association of ligand-receptor complexes with actin filaments in human neutrophils: a possible regulatory role for a G-protein. Journal Article

The research in the FallmanLab aims at understanding molecular mechanisms behind the ability of bacteria to adapt to different environments. Current work involves studies of bacterial adaption mechanisms of importance for maintenance of infection using transcriptomic analyses combined with classical molecular biology methods. The group has been involved in developing advanced methods for RNA extraction and in vivo gene expression analyses. The work includes experimental systems with chronic mouse infections of model bacteria such as Yersinia pseudotuberculosis and Salmonella Typhimurium as well as analysis of in vivo bacterial gene expression of bacteria from human patient samples. Data analyses are now expanded to include system biology and machine learning, approaches for cross microbial comparisons in this Icelab connected project.

Finding a new way to uncover targets for future antibiotics How do you take great ideas and turn them into innovative research? In this case the Integrated Science Lab, IceLab, offered [...]