Skip to content
Lighting up life, feeding mathematicians and plants in pain 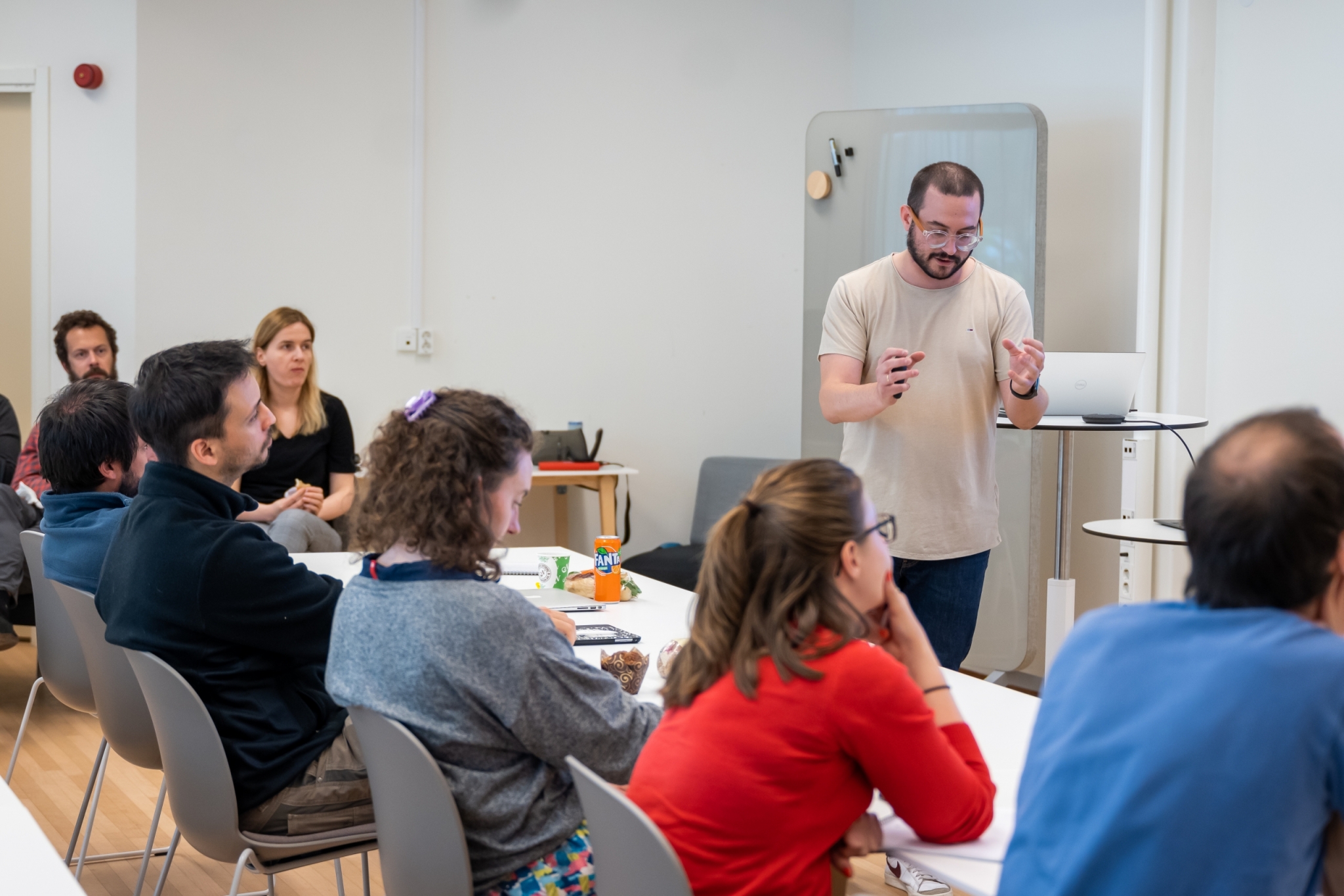 Pitch 1: Nicolò Maccaferri: Light as a probe to understand life

Biomolecules ‘speak and understand’ the natural language of biological processes as they occur in cells and organisms. An outstanding challenge is not only to determine the structure, but indeed understanding the function of fundamental biological entities, such as proteins, whose dimensions are below the diffraction limit of light (few nanometers). Thanks to our ability to control materials and light-matter interactions with unprecedented spatial and temporal resolution, we can experimentally access essential biological processes on the nanoscale. By exploiting electromagnetic radiation to excite collective motion of free electrons, known as surface plasmons polaritons, in engineered nanomaterials, it is possible to control light properties (such as amplitude, phase and polarization) on sub-diffraction volumes. In parallel, progress towards non-invasive biomolecular specificity via detection of vibrational signatures and their correlations at very high spectral and temporal resolution, have been brought by the development of two-dimensional mid-infrared time domain spectroscopy. Although measuring correlations between coherent vibrations in organic molecular systems is technically challenging, it could bring the highest degree of biomolecular specificity.

In Nicolò’s lab they are developing a powerful experimental approach with extremely short temporal (up to few femtoseconds) and small spatial (up to few nanometers) resolution, which can provide information about the structural conformation of biomolecules, thus bridging the gap between structure and function of the molecule.

Interested in: connecting with anyone who is interested in exploring both experimentally and theoretically the structure of relevant biomolecules (for instance, proteins such as the transcription factor GCN4, or the neurodegenerative biomarkers α-synuclein). In particular, it would be extremely beneficial for Nicolò to find potential collaborators who are using complementary experimental techniques or developing numerical approaches to interpret the experimental results we are aiming to obtain in our lab.

Pitch 2: Victor Falgas Ravry: Why should you feed the mathematicians?

Associate professor at the Department of Mathematics and Mathematical Statistics

In this pitch, Victor argued that the mathematicians should be fed more problems by researchers from other disciplines, and discussed what kind of problems are best for a mathematical diet.

Victor studied pure mathematics in England, first in Cambridge and then in London, where he completed a PhD in combinatorics in 2012. He then spent two happy years in Umeå as a postdoc, followed by a two year stint as an assistant professor at Vanderbilt University in Nashville, Tennessee, before returning from his American exile to take up an associate professorship at Umeå in 2016.

His research interests range across wide swathes of modern combinatorics, from probability theory and the study of random structures to graph theory (the mathematical theory of networks) and all aspects of extremal combinatorics. Mostly he cannot resist a good problem.

Pitch 3: Peter Marhavy: How plants react to being hurt

Plants are unable to flee, but they do their best to defend themselves. As a result, they are able to adapt to a wide range of environmental stressors. Peter’s research group is looking at how plants react to laser ablation wounds. The mechanisms by which cells detect and transmit defensive stress response signals have been extensively investigated, but the specific systems by which they do so remain largely unclear. The goal of the research conducted by Peter’s group is to better understand the molecular processes of cell-to-cell communication that underpin the first responses to injury in plant roots. 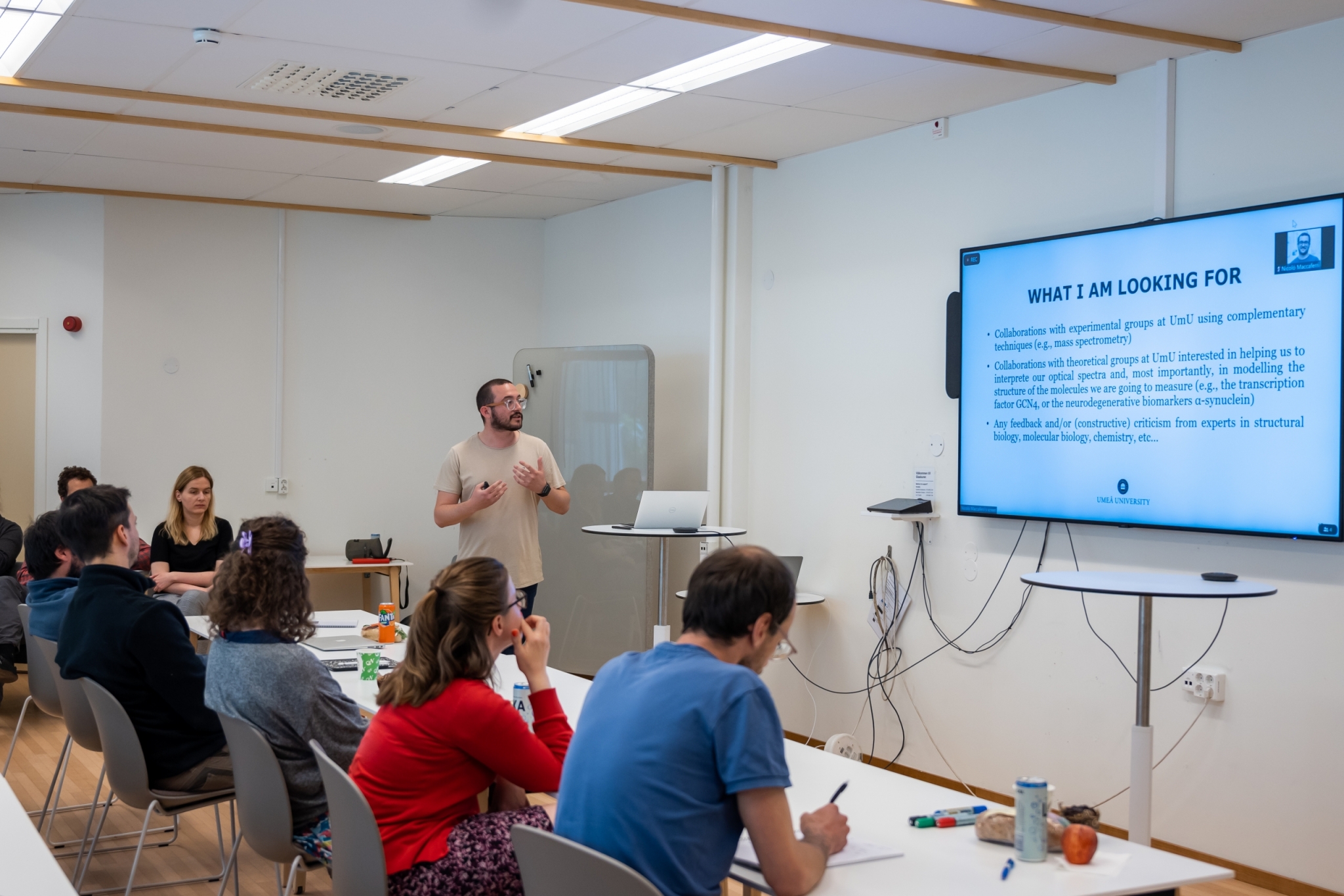 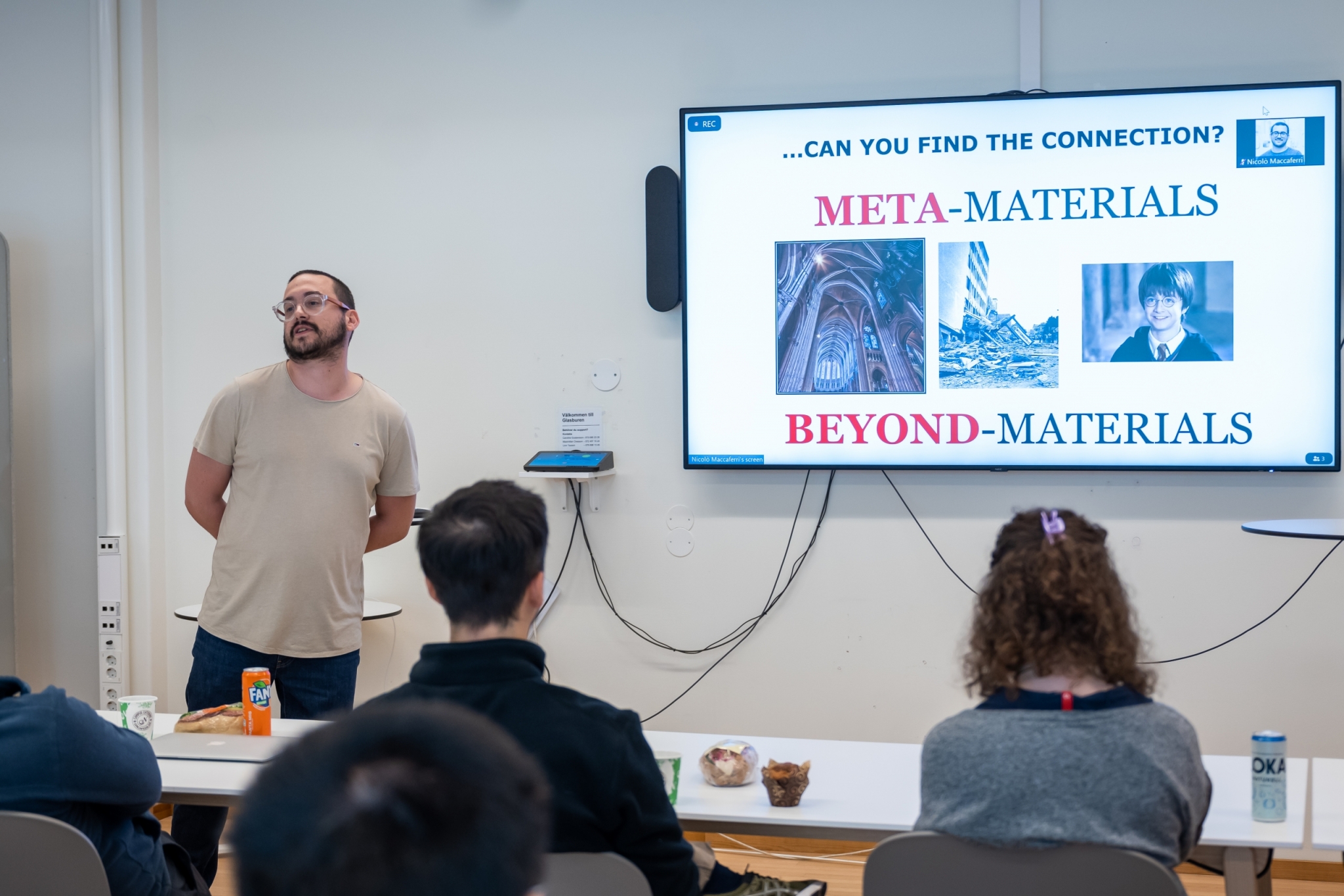 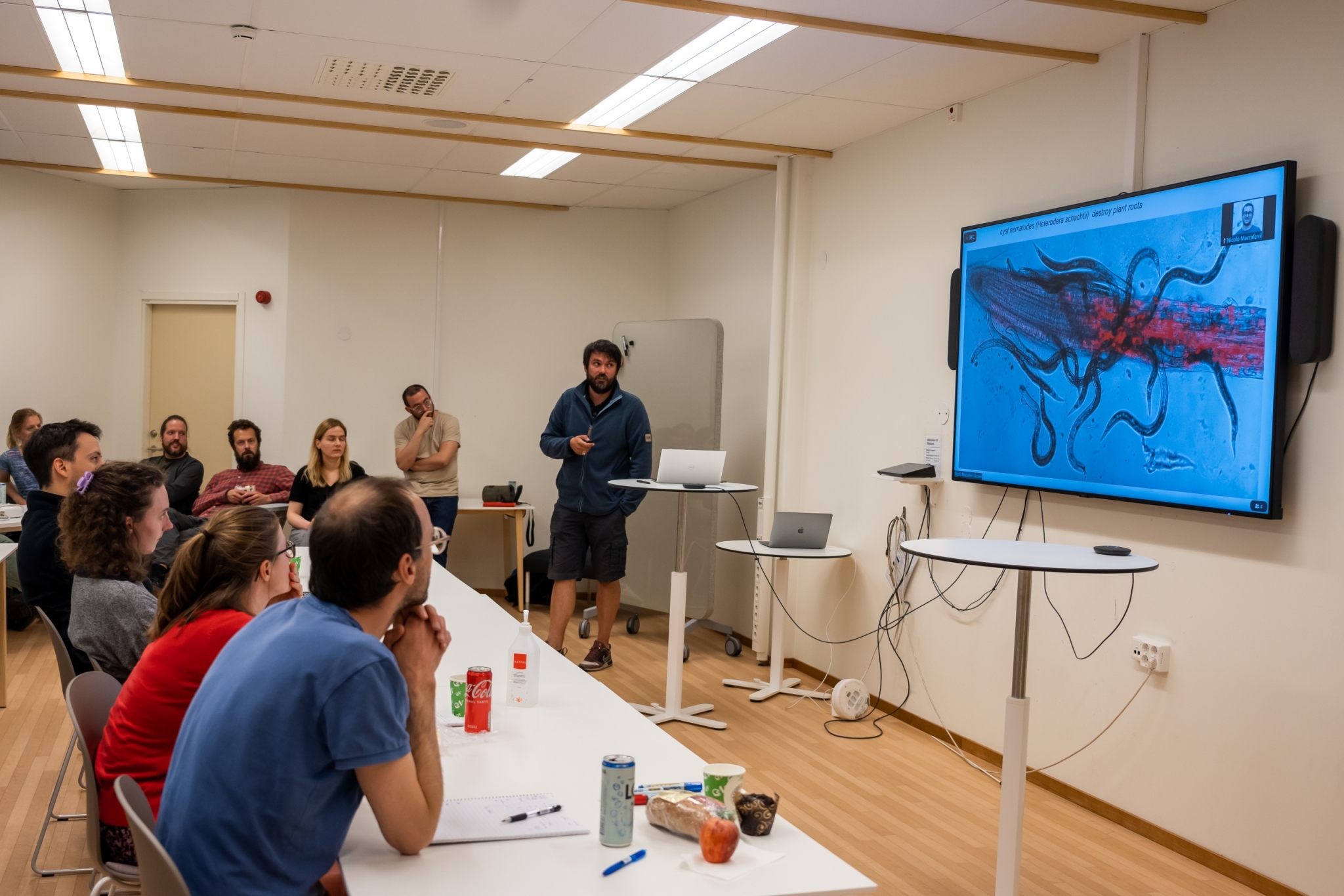 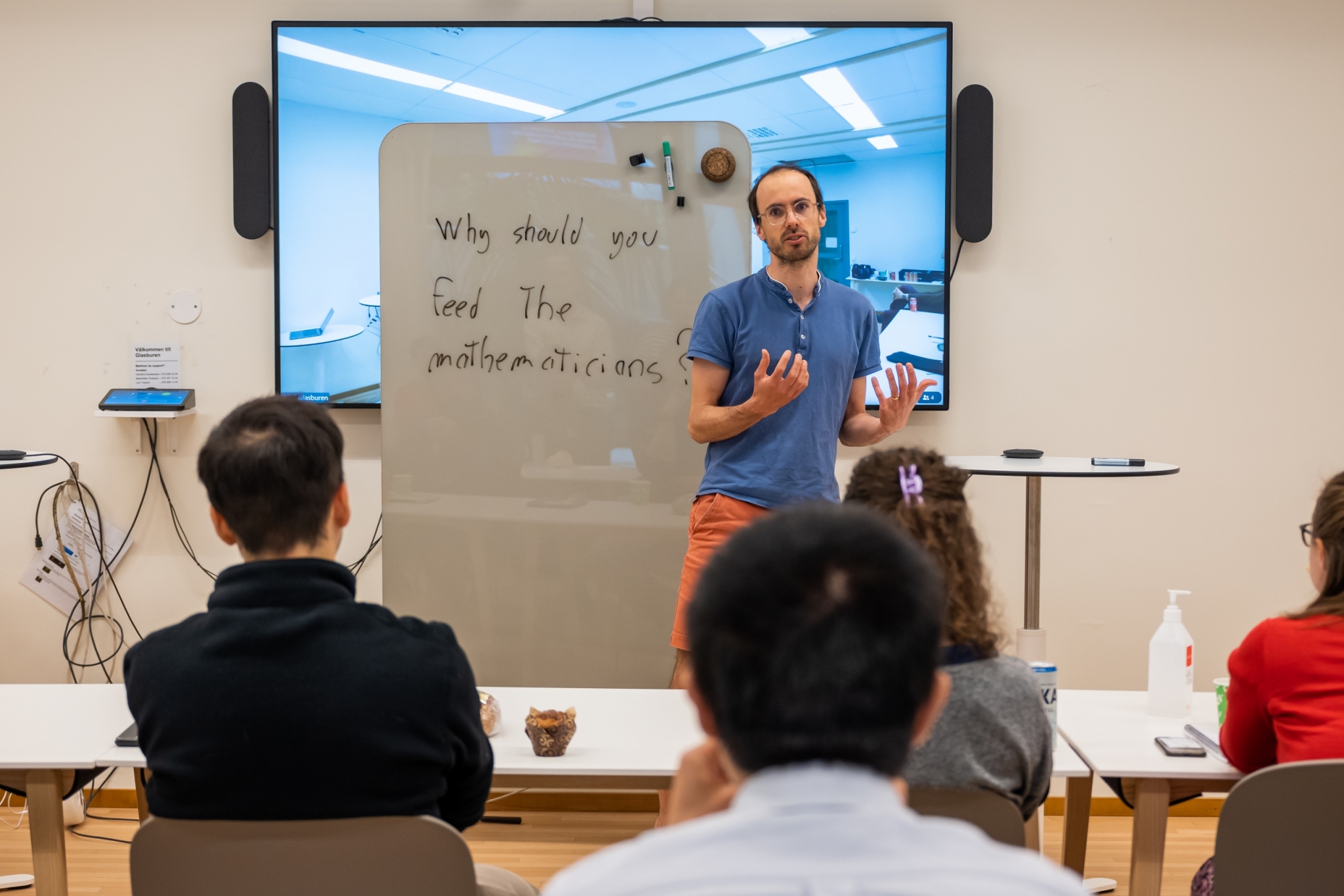 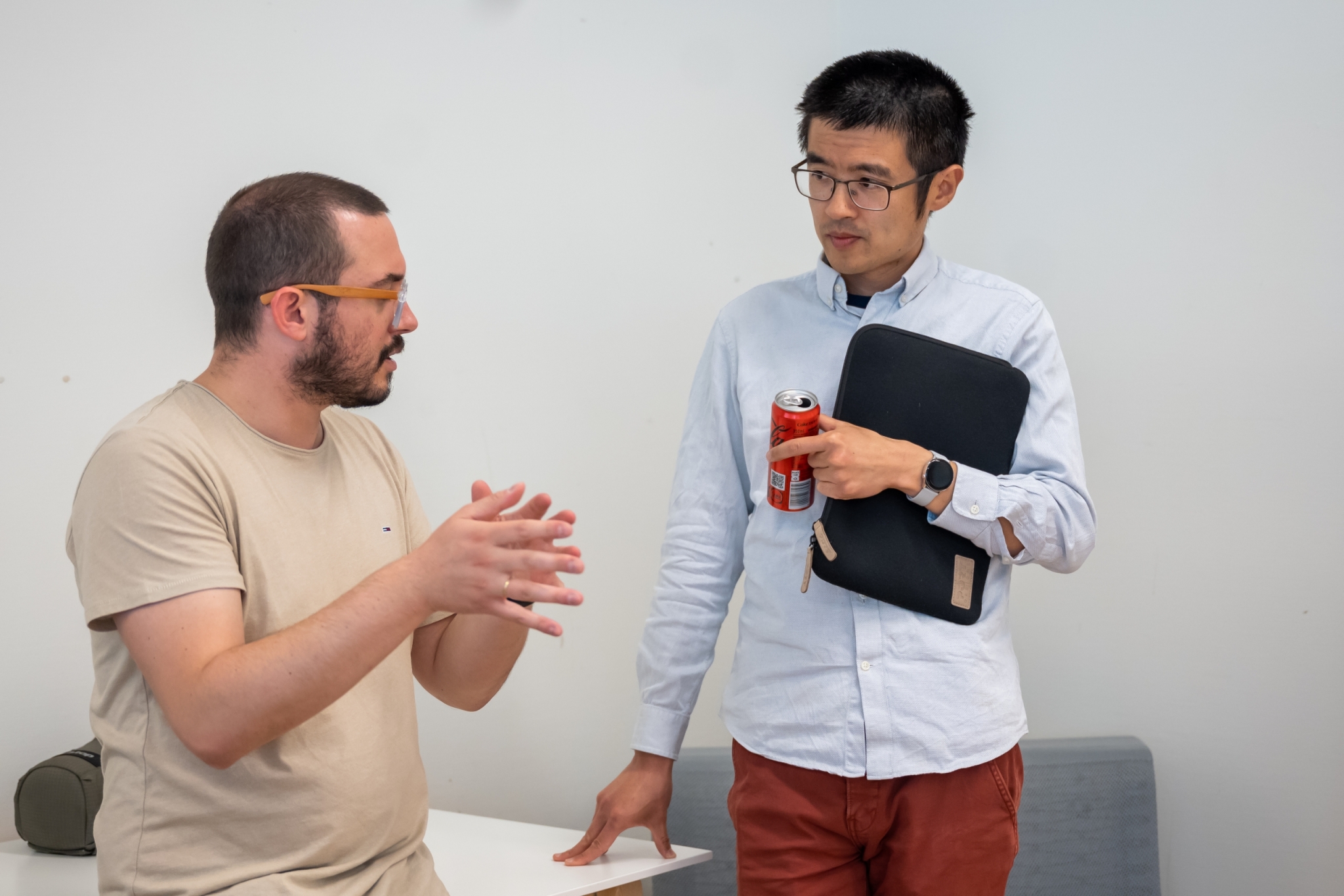 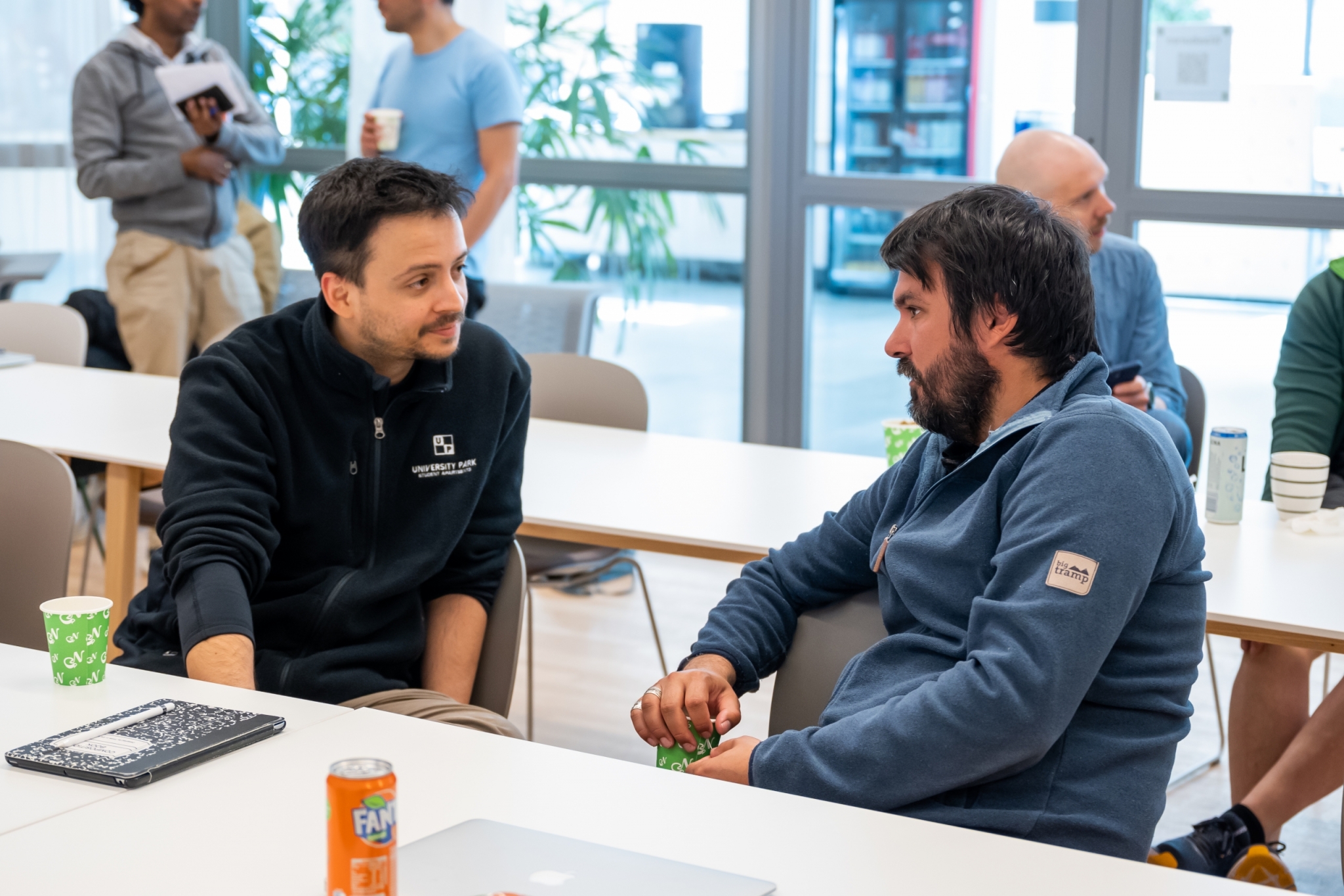