Mathematicians call him an ecologist, ecologists call him a mathematician. André de Roos is comfortable in interdisciplinary research settings, having worked along the border between mathematics and ecology since his PhD. A professor of theoretical ecology at the Institute for Biodiversity and Ecosystem Dynamics at the University of Amsterdam and a long-standing collaborator of EMG professor emeritus Lennart Persson, he is now visiting Umeå as the holder of H.M. King Carl XVI Gustaf professorship in Environmental Science. He continues to challenge generally-accepted principles in theoretical ecology with his research, centered around one primary mission: convincing other researchers that an individual’s developmental process should be taken into account in our theories about how populations and communities function. 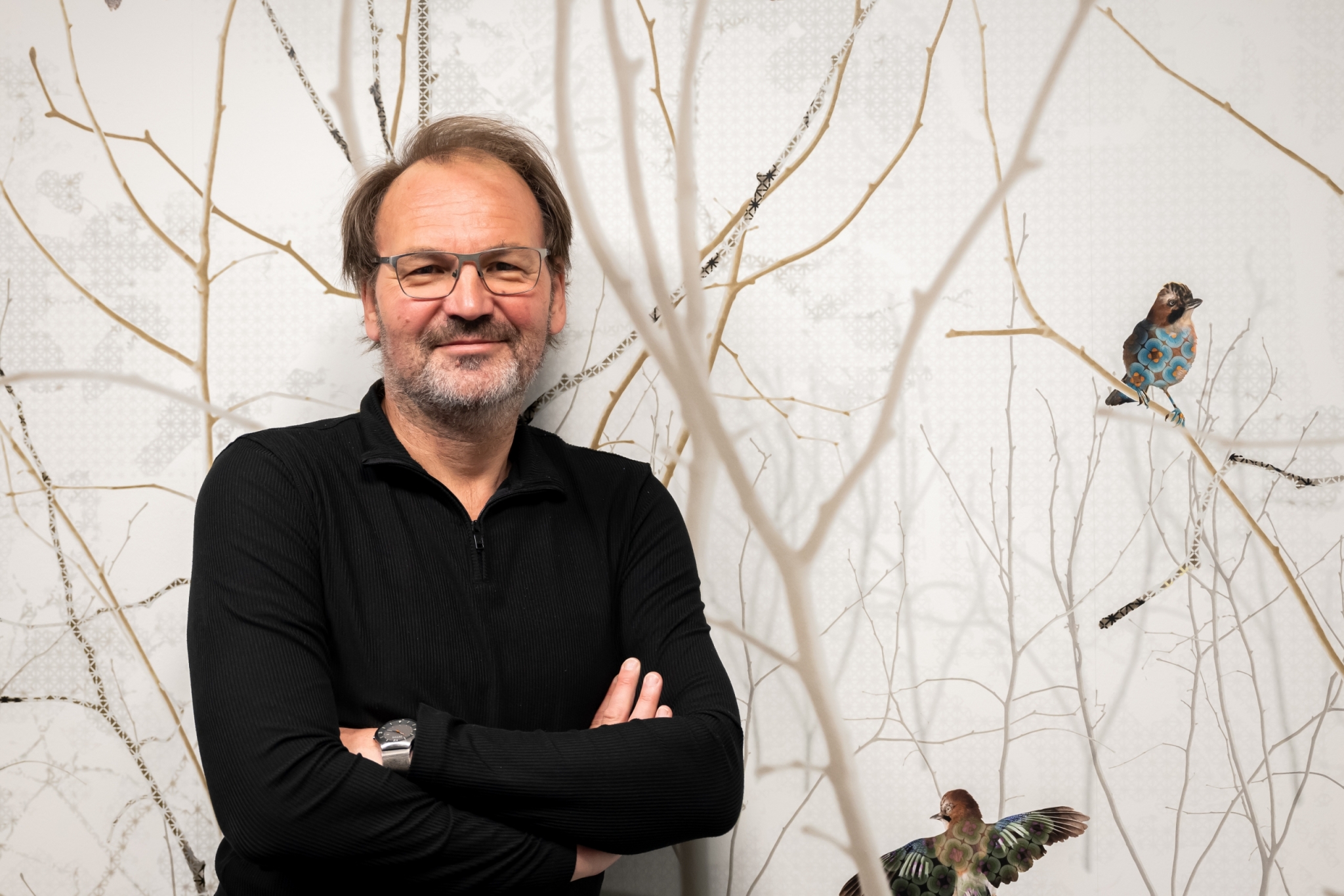 Now sitting in the interdisciplinary research environment IceLab, hosted by EMG, André is taking advantage of this visiting professorship to work with established and new collaborators on multiple projects. In one project he is exploring food webs and the importance of biodiversity. It may seem simple enough to state that biodiversity is important in an ecosystem, but it turns out that this is quite a hard thing to explain scientifically. Many ecologists stay away from this question, but for André, questioning the importance of biodiversity is really essential, from a scientific point of view.

“What is classically the problem in food web ecology and community ecology is that even though we claim that biodiversity is important we cannot give a good reason for it. There’s only limited experimental evidence to say, ok, we really need diversity.”

While food webs and the network dynamics of food webs have been studied before, André adds a new dimension to these models. Classically in theoretical ecology, individuals within the different species studied in a network are all considered to be identical. However, individuals change. For example, fish in a lake start out as juveniles, small in size, growing bigger until they reach adulthood.  André recently showed that by separating juveniles and adults in a system, and by considering that juveniles usually suffer the most from predation, you can see that reaching adulthood is the biggest bottleneck in an individual’s life history. Once you model a community with this consideration, the diverse and complex community is stable. Without those life-stage-dependent interactions, the community is predicted to be unstable.

“It’s not just the network structure that has complexity, but also the within population structure. That’s a second axis of complexity. And if you introduce that then it overrides the destabilizing effects of the network. It’s one of the projects that I’m continuing to work on and continuing to talk to people about.”

Challenging the norm: when you take into account an individual’s life history, unexpected things happen

Much of André’s research has tackled this fundamental question – understanding how populations and communities are affected by the individuals within them. This runs counter to many of the established models in the field. Many of these consider populations to consist of identical individuals. However, this leaves out one of the unique features of life: individuals undergo a developmental process throughout their lives.

“If you are a single cell, you have to at least increase in size by a factor of 2. But most species go through a very complex life history. This process, the development from birth until you start reproducing, that is actually absent from most of our theories about how populations and communities function. It has been my continuing quest, to convince people that this actually makes a difference.”

This uncommon approach in ecological modelling can encounter resistance in the research community. By introducing this life-stage complication, you can get results that run counter to what was developed before. This approach to theory-building has the potential to greatly improve our understanding of ecological interactions and, in the longer run, our ability to predict the responses of populations and ecosystems to environmental change, says Sebastian Diehl, one of de Roos’ collaborators and professor of ecology at Umeå University.

A classic example of this is a previous study by Lennart Persson and André de Roos on the consequence of considering individual development in models of fish populations. Imagine an overexploited population of cod in the Baltic Sea. How would you restore that population? Avoiding overfishing the cod’s prey could be considered a good idea – if there are more fish for the cod to eat, that should be better for them – right? Maybe not! De Roos clarifies, “We actually show the opposite – increasing fisheries pressure on the cod’s prey population is the most effective way to help cod restore.”

How does it work, in simple terms? When a predator’s population collapses, their prey population grows, because they are not being eaten. However, the prey fish’s condition and fertility declines because they now must compete more strongly for their own food, and they don’t reproduce as much. The predator species, the cod in this example, preferentially eat the smaller fish. So even though there are many prey fish around, there aren’t enough of the right size. This situation occurred naturally in lake Takvatn near Tromsø, Norway, offering a validation of this idea. The predator was brown trout and the prey, Arctic char. When researchers started to cull Arctic char, the reproductive output of the char population increased. In consequence, the brown trout population started growing, because they now had access to more small fish. A counterintuitive result, published in the journal Science in 2007.

Recently André de Roos has been studying the effects of sound from US Navy submarines and underwater training sessions on populations of beaked whales, a family of whales that are renowned because they dive to depths of several kilometers to hunt for the squid that they eat. Also in this research, it turns out that the existence of different life-stages can give rise to unexpected effects at the population level

“Although all whales are disturbed by sonar, the sound does not affect all individuals equally – it’s mostly young females that are in their first or second pregnancy that suffer.  They are still growing themselves and have the highest energy requirements, hence they don’t have enough energy to cover all their costs when they are disturbed by sound.”

What happens then? The young females lose their calves. This translates to an observed increased mortality at the population level, which in turn increases the proportion of food accessible to each individual in the population.  These individuals then go on to produce more offspring than if there had been no sound-effect in the first place. With this sort of complex feedback, the question then becomes, what should be measured to determine whether a population is suffering negative effects? While in this case the whale population was found to display resilience to the disturbance of sonar, things could eventually go wrong.

“Typically what we have found with these kinds of systems is that when it goes wrong it goes wrong very fast. Things look pretty much ok up to some point and then it really collapses strongly. Where is the tipping point? That’s the big unknown.”

The best thing about Umeå?

André has been coming to Umeå since the 1990s, has seen it change over the years, and expresses appreciation and admiration for its natural surroundings and the research being done here. 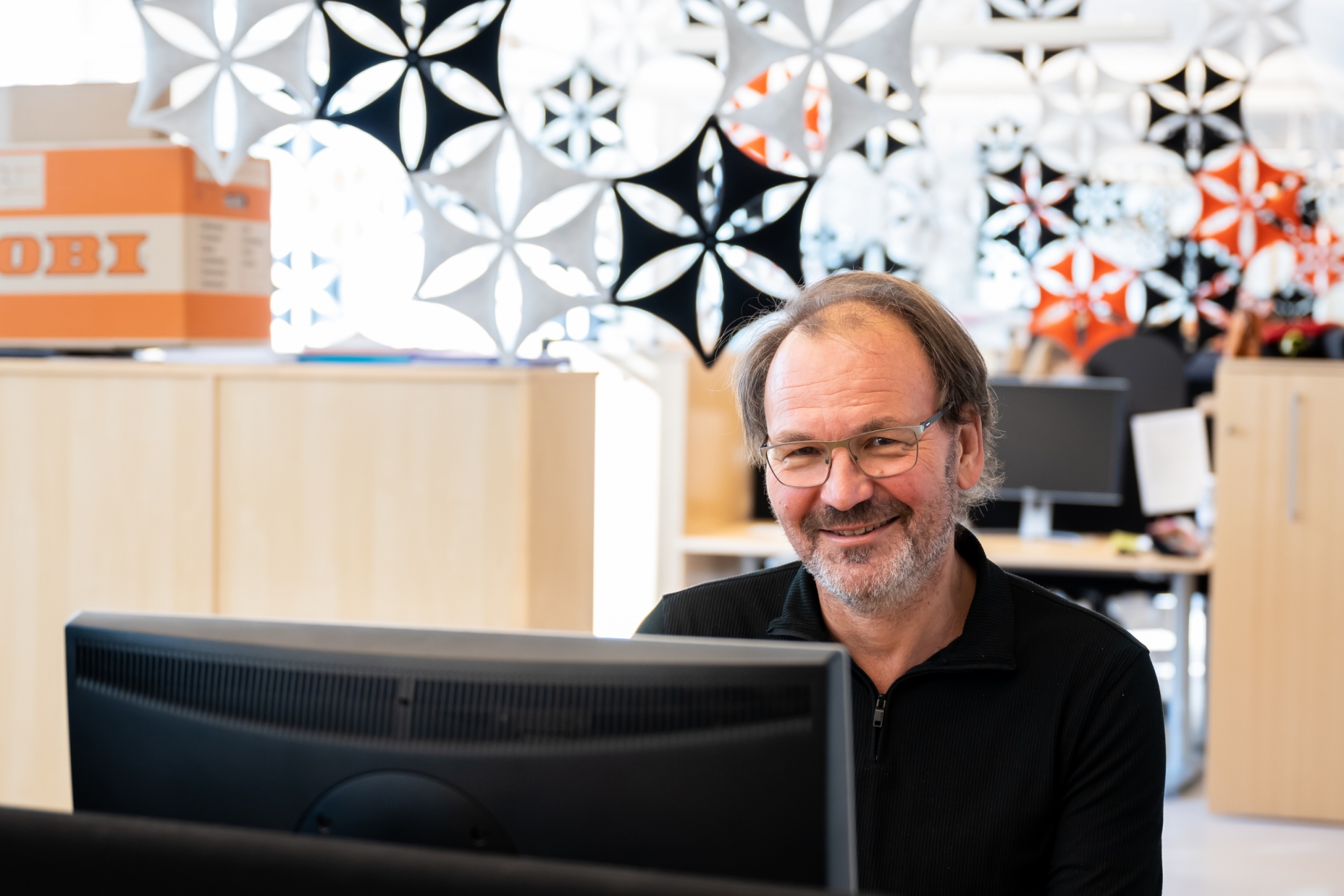 “Whereas most of the world focuses on ecological research in lab systems, here actually, people still really consider nature. This has always been one of the things that I really like about Umeå, the environment, the closeness to nature. The living with nature. The fact that you go out and fish and you eat the fish, you pick berries or you pick mushrooms. You’re surrounded by so much nature – people appreciate it and are also really interested in it. Even non-scientists, they are interested in what happens in nature, what happens to their fish populations in the lake, and that’s so interesting because then they are curious about your science.”

Until the end of October, and then again in 2022 from March through July, you can find André de Roos in IceLab. André will also spend some time at SLU’s Institute of Coastal Research at Öregrund to interact with scientists there. On the weekends, you can find him admiring the bright natural light and silence of northern Sweden.

Article published on umu.se as well, in both english and swedish versions.