Skip to content
Lunch Pitch: Bringing Science to the Citizens

Bringing Science to the Citizens 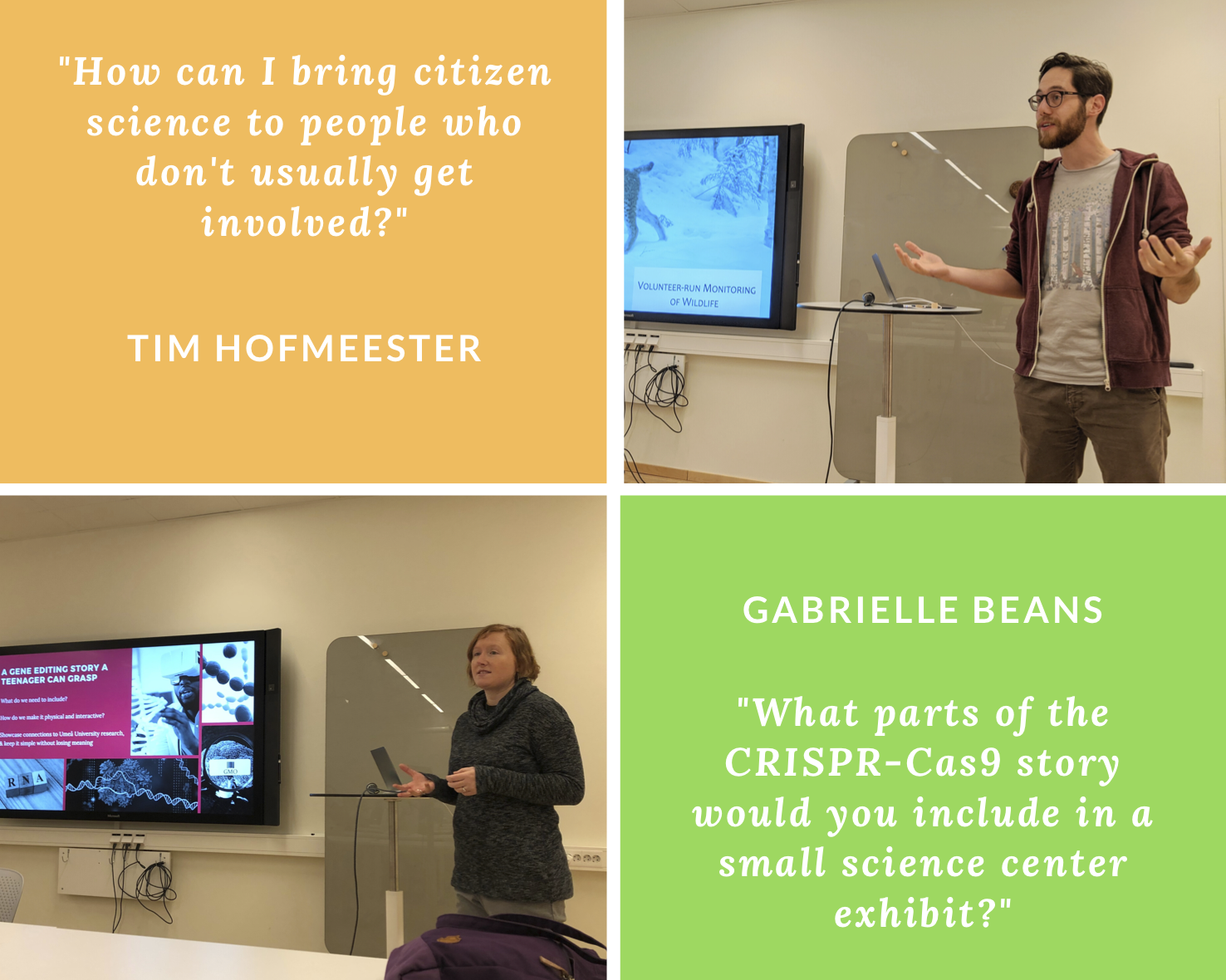 Title: Education through citizen science: how to reach those that could learn the most?

Citizen science (CS), or the involvement on non-professional participants in science, is increasingly used as a method in several disciplines. One of the often mentioned benefits of CS is that participants are educated through learning by doing while contributing to research. As such, participation in an environmental CS project could be a way of educating the general public about environmental issues and increasing environmental literacy. However, participants in CS projects are often highly educated and equipped with a lot of knowledge about the subject, while it is difficult to attract participants that have lower education and less knowledge, while those could potentially learn most from participation.

The hundred dollar question is: how to reach and attract those participants?

Tim’s research question: How can I bring citizen science to people who don’t usually get involved?

Title: How to communicate CRISPR-Cas9 in a cabinet

Gene editing is a current and emerging field brought on by the realization that the CRISPR-Cas9 system could be harnessed as a versatile biotechnological tool. This discovery is linked to Umeå University through one of the scientists to lead this discovery, Emmanuelle Charpentier, who was working in Umeå at the time. At Curiosum, Umeå’s new science centre, we want to honor that connection by creating exhibits related to CRISPR-Cas9 and related research taking place at Umeå University.
Gabrielle is looking for researchers working within the field to brainstorm with her on how best to tell this story, in a physical exhibit currently in the initial development stages. There will be workshops set up in early 2020 to work together to identify the key elements of the story to include, in an interactive exhibit suitable for school aged kids. Get in touch with her to get involved in this exhibit or other Curiosum exhibits!
Gabrielle’s research question: What parts of the CRISPR-Cas9 story would you include in a small science exhibit?

Interested in pitching or organizing a special pitch session for your meeting, workshop or conference? Get in touch and get the ball rolling!